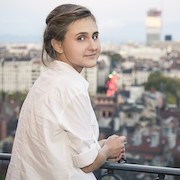 In the period under consideration, fourteen Russian naval expeditions to the Arctic Ocean, around the continents and even to the Antarctica were conducted with the help of international crews. This part of the project focuses on the medical planning and organisation of these expeditions, the training of maritime doctors and their duties on board. How were concepts of medical geography applied in regimes of hygiene at sea or in harbours? What was the impact of Austrian studies on cholera or the British and French colonial experience? And how did Russian naval physicians contribute to the international endeavour of medical geography and cartography? The project will examine the writings of German, French and British doctors, but will be also based on archival material from the Russian State Maritime Archive in St Petersburg where reports by physicians about diverse maritime expeditions are kept. These reports gave the Russian empire a place on the world map of civilisations and epidemics.